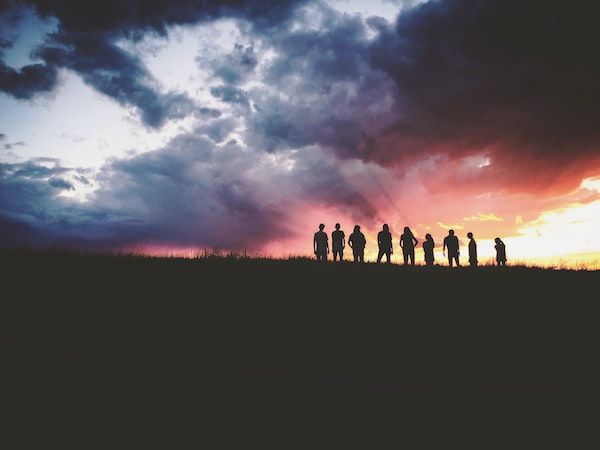 Entering an era of the Scenius

2021 was by many seen as the start of the exponential age.

Technologies are booming. AI, decentralization, genetics, robotics, solar... and they're all converging in ways we can't quite imagine.

The next five to ten years will probably be very exciting.

We don't quite know what's coming, (but we know that things are coming).

So what kind of world are we entering?

This question has me thinking a lot. How can we move through such fast change while keeping sane?

Early this year, I read Austin Kleon's book "Show your work". (A deceptively short read, but one of the most important books I read last year).

One of the topics that stayed with me was the idea of the scenius. Basically - the opposite of genius, or rather communical genius. People acting together in a scene rather than by themselves.

As I personally took a deep dive into the web3 world last year, I've been seeing proof of this in big ways.

Web3 (with its rallying cry WAGMI - 'we're all gonna make it') is the foundation of a new scenius.

The idea of the scenius becomes important when looking at the challenges we're facing. We simply cannot build ourselves out of the mess we're in individually.

The idea of a new scenius era gives hope for a communal effort.

Not to say this is an easy and entirely hopeful time period. Geopolitical events, climate threat and shifting macro trends point toward the dark sides. Even more so, important to understand + nurture the scenius.

What creates a scenius? from Kevin Kelly's article:

When I took a deep dive into the topic, I got even more excited. It's been written about a lot - highly recommended reads below.

A must-read by Packy McCormick:

The OG article by Kevin Kelly:

A great Twitter thread on scenius in context to web3: